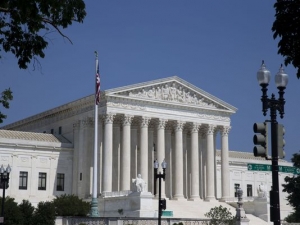 This article will not focus on the other disqualifying factors regarding Brett Kavanaugh’s nomination, as his previous judicial record, honesty, and disposition during the senate hearing could fill a paper alone. This piece will focus specifically on one aspect of this legal episode: the investigation performed by the FBI into Brett Kavanaugh’s past. The investigation, while not available to the public, was performed into the two credible allegations of sexual assault against Judge Kavanaugh, both by Dr. Ford and Ms. Ramirez. This investigation was limited in scope to those allegations (so it did not look into his alleged drinking habits), and was limited to the course of one week. Because of the limited scope of this investigation, the results produced should in no way shift more doubt onto the allegations of either women.

Understanding the limited scope of this investigation requires an understanding of how sex crime investigations are formatted. Investigations like this work outward-in, starting with those with limited knowledge, and then working towards those who have distinct, firsthand knowledge of events (Stein). More specifically, after speaking to the victim and completing any initial search warrants that might be needed, investigators go first to disclosure witnesses, or those people who the victim first came forward to. In the case of Dr. Ford, these witnesses could have been her husband, therapist, as well as other friends that she had disclosed her experience to. The disclosure witnesses provide information as to who may need to be contacted next, as well as provide additional verification that they were advised of what happened, when, and what the victim may have forgotten or left out of the report.

With this information, investigators contact those with knowledge of the location or event, but not the incident in question. In this situation, those witnesses would be the other students or those at the party in question who did not witness the actual crime in question. These witnesses can speak to the behavior of both parties, as well as corroborate that the location did in fact exist, and that both people were present. From those witnesses, investigators move to fact witnesses, or those with firsthand knowledge of the attack: the people who were in the room. Finally, investigators re-interview both the victim and suspect, with the information gathered from the investigation up to that point.

With that said, it is clear that an investigation of this type is a complex, multi-layered endeavor. By nature, it takes time; people respond slowly, search warrants often take weeks or months to return, and leads constantly pop up and need to be followed up on. In the course of an average investigation, multitudes of people will be interviewed, re-interview, and re-re-interviewed. It is not possible to complete an investigation of this caliber in a week, regardless of the size of the agency or skill of agents. The FBI itself even acknowledges this fact, stating on the report summary to the public that “[o]nly those with firsthand knowledge of the attacks were investigated” (FBI Report). The FBI only spoke with fact witnesses, completing only one of a multitude of investigative steps. This is not a jab at the talent or scope of the FBI; they simply were not given the time to interview people who could potentially have information, but were not fact witnesses. In doing this, however, the FBI missed dozens of people who have stepped forward as either disclosure or location witnesses, who very well could have valuable information.

In light of the #MeToo movement, with a growing willingness of the United States population to take seriously accusations of sexual assault and harassment, it is deeply frustrating that political whims would be put over a proper investigation into an act that would immediately disqualify someone considered for the most powerful court in the country. It goes without saying that this is a setback that will sit with us, as a country, as Brett Kavanaugh serves a life term on the Court. Perhaps there will be another, more conclusive investigation done in the future — though it will be far more difficult to remove him from the Court than it would have been to prevent him from obtaining the position initially. Both of those steps, however, first require the recognition that a new investigation is warranted, and that the investigation performed prior to his confirmation was incomplete.

Duncan Miller serves as a Reserve Deputy Sheriff with a full service Sheriff’s Office in Northeastern Georgia. He is a certified, sworn police officer with advanced, specialized training in criminal investigations, and spent the summer working in the Special Victims Unit of the department.