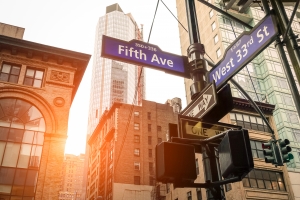 Based on a true story seen on the corner of Fifth Avenue New York.

On the corner I sat with a little pie no bigger than your monstrous hand on the corner of Fifth Avenue. It was small, I guess, but it was huge to me. I’ve never seen a bigger pie in all of my life and neither had Rex. The way he licked his drool-covered lips and lay down upon my concrete bed, I just knew. I just knew he was hungry. He didn’t ask for the pitiful stares or the condescending pats or the occasional pies. What he did ask for was a bed and they gave it to him I guess… It wasn’t soft but the world never really is now. Not after you see it fall apart as we have. Guns, bullet shells, guns, more guns and thick runny blood fills my shattered dreams. Rex is no different, really, his legs move up and down to no particular rhyme. That’s how I know he’s running away from his dreams, not chasing them. It’s hard to run towards something you can’t see and it’s even harder when you look through cracked and bloodied lenses.

They’re really just shards of glass that are mixed with crusted blood, a byproduct of my hopeless past. Those little pieces don’t make a good telescope, or glasses for that matter.

You know when you stare through a telescope with the lens cap on? Well it’s basically the same except I’m looking at you, not the universe. Cracked and falling, all you can see is the abyss. Black, all I see is black. An overwhelming inky grey that fills the corners of my mind telling me there’s nothing out there.

I’d like to live there, in those perverse corners of my mind, in the inky black, where the screen is shattered and all they can see is the cracked walls of my bullet ridden telescope. My rimmed broken glasses trying to stare out into the world and tell it hello because then I don’t have to feel anything. The tears don’t threaten to spill and a smile won’t accidently work its way onto my face. I don’t want to see the world because it hurts so bad just as it feels so good and I can’t do that to a world that has prescribed my place as the fire hydrant sitting on the street corner. It’s just too scary for them to let me love. I understand, it’s too scary for me too.

My smile isn’t beautiful like those of the million dollar models that line the shop windows and my laugh is not like that of the man who saw his daughter walk for the first time and then plop her bottom on the ground. I’m not beautiful to this world and, to be perfectly honest with you, the world hasn’t been that beautiful to me. It’s not about the world though, and it’s not about me. We as humans are big. We’re big and bad and transcend the line of impossible but we’re also tiny, delicate, and kind. At least I am. I know that. I know the day I pulled the trigger I felt like a god dictating who can die and who can live and I loved it. I really loved it. I felt powerful and worthy and strong like I could do anything but all I managed to do that day was shatter the looking glass. I’m no god baby, I’m really not. I can’t speak for the billions that line my street corner, but I could speculate that they wish they could smile instead of shatter.

And that’s why I gave the little girl the pie and smiled big. Not because I didn’t know her father would throw it away at the next street over but because I knew my smile was worth something. I looked terrifying with my goofy smile and smelly clothing but I promise you the pie was ok and so was the girl.

In case you were wondering, that pie burned me. It burned my hand in fact and I cried. Then I smiled because at least then I felt something other than power.