In October of 2016, President Jose Bowen and “Senior Leadership Team” announced an initiative for Goucher to become 100% smokefree in order to uphold “a bold history of innovation.” The administration made this decision in late November as a response to three separate incidents when extremely asthmatic students had to be rushed to the hospital from second-hand smoke inhalation. 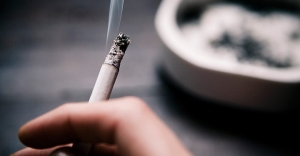 Andrew Wu, Associate Dean of Students, said that he has received emails from the parents of prospective students claiming that they couldn’t see the school “through the smoke.” President Jose Bowen, Andrew Wu, and Dean Bryan Coker also revealed that antismoking sentiment has been present at Goucher for the past ten years.

The Goucher administration has received results from many students and student-led groups over the years who distributed surveys, conducted senior research projects, and applied course work towards the possibility of Goucher going smoke-free. “We’re rife with data and we have been for a while,” said Wu. However, he also stated that “the quality of the data is questionable.” Instead of using this data as the basis for a smoke-free campus argument, he cited recommendations from the American College Health Association that schools treat smoking on campus as a public health issue.

To help the administration come up with a concrete plan, an unnamed committee has been tasked to “develop and recommend a plan and timeline for becoming a smoke-free campus.” For the first few months, the committee seems to have struggled to represent the student body. The committee, comprised of faculty, staff, and students, appeared to be comprised of eager anti-smokers, failing to include students who smoke.

“While we have heard from many non-smokers who are interested in this initiative, we would like to involve current smokers as well,” wrote Dean Coker. Wu claims that until 2005, students were allowed to smoke inside academic and residence buildings on campus. He also acknowledges

To help the administration come up with a concrete plan, an unnamed committee has been tasked to “develop and recommend a plan and timeline for becoming a smoke-free campus.” For the first few months, the committee seems to have struggled to represent the student body. The committee, comprised of faculty, staff, and students, appeared to be comprised of eager anti-smokers, failing to include students who smoke. “While we have heard from many non-smokers who are interested in this initiative, we would like to involve current smokers as well,” wrote Dean Coker. Wu claims that until 2005, students were allowed to smoke inside academic and residence buildings on campus. He also acknowledges

Wu claims that until 2005, students were allowed to smoke inside academic and residence buildings on campus. He also acknowledges that some students have even taken up smoking at Goucher. For those students trying to quit, some have found it difficult to be on campus, and if they do leave, often these students resume smoking when they return. Although the Health Center offers free smoking secession materials, including nicotine gum, Wu feels that it is not enough and wants to create “an environment that doesn’t encourage smoking.”

One of the biggest concerns about the Initiative is the number of students who would be affected by a Smoke-Free Goucher College. Wu said in an interview that Freidman-Wheeler and the committee had information on the exact number of smokers on campus, but, “I would venture to say that at most small liberal arts schools, like Goucher, the perception of smoking is much higher than the reality.”

Although according to the Center for Disease Control (CDC), smoking in America has been declining, a 2015 study found that 13% of American adults aged from 18-24 are smokers. A Harvard School of Public Health study in 2016 found that as many as a third–33%–of college students are smokers. On the other hand, the American College Health Association found that 9% of college students have asthma, and a 2014 CDC study found that 24.6% of adults between 18-44 have select respiratory diseases. Goucher currently has a total enrollment of 2,148 students, according to the US News and World Report. Therefore, taking these statistics into consideration, within Goucher’s population there would be an estimated population of between 280 and 710 students who smoke and an estimated 200 to 537 students with respiratory diseases.

The interests of faculty and staff who smoke are another obstacle in transitioning Goucher to a smoke-free environment. Wu acknowledged a union presence on the committee, designed to preserve faculty and staff interests: “we have a union rep on the committee, so hopefully that’s going to help… [but once the campus goes completely smoke-free,] we’re going to have possibly even bigger issues… It’ll be very difficult to tell people, especially for people who don’t drive to work, … to say, [to staff who smoke] ‘you have to leave campus [if you want a cigarette.’]” Wu was not sure if the smoking secession materials are currently available for Bon Appetit workers. “I would say yes, but we haven’t specifically spoken about Bon Appetit workers,” Wu said.

The Goucher administration is hopeful about the success of the Smoke-Free Initiative and said that a lot of schools and universities are going smoke-free. Wu said,“Towson went smoke-free, which, to me, is kind of surprising because their campus is so big… but they did it successfully.”

Martin, a senior I.T. major at Towson University is also a smoker and he reported that he faces little difficulty in navigating a smoke-free campus. When he wants to smoke, he said, “I have to listen to music or distract myself” until he can find someplace to smoke. However, Martin also stated that he “is not addicted,” so the smoke-free policy might not have affected him as much as others. Martin also stated that “there are still places on campus where you can smoke.” Although their campus is big, especially in comparison to Goucher’s, Martin is still careful about where he smokes because “It’s not worth the risk.”

The committee, along with Goucher administration, are working on the timeline of the Initiative–when and how it will be implemented. Wu claimed that he and the committee are in favor of “phases.” He speculated that initially there will be seven or eight zones where people can smoke that are easily accessible from buildings, “so people don’t have to walk long distances… but we want to avoid high traffic areas.” He also reported that the committee is considering waiting a couple years before beginning the transition, in order to allow current smokers to graduate, and recruit new students with the condition that they know that Goucher has a plan to become completely smoke-free.

Administration and the committee also face the question of how this policy will be enforced. “One of the biggest things since I’ve been here, has been a lack of enforcement of smoking policies,” said Wu. “It’s been difficult to enforce [these policies].

Part of the reason for that, in my opinion… has been a lack of a system of accountability.” The current policy is that smokers must be 25 feet from buildings, but, as Wu said, “Public Safety can’t cover the perimeter of all buildings. That’s kind of silly.”

The committee has yet to come to a conclusion regarding consequences for violating non-smoking regulations. Wu proposes that infringements could be handled by Public Safety in a “parking-ticket type of way.” However, he also said, “I don’t realistically think the entire campus is going to stop smoking on campus when we go to smoke-free. It’s the same thing when we say you can’t have marijuana on campus, but people still do… it’s something we need to commit to in our policy… We can enforce sanctions that are reasonable… if you show repeated behavior that suggest that you’re just not willing to follow the rules of the community, that’s when it’s a big deal for me.” However, no concrete consequences for violating the policy of the new initiative have been accepted.

Wu believes that the Smoke-Free Initiative is beneficial to the health of Goucher students and needs to happen: “I am positive, in my personal opinion, that this would never happen if it wasn’t a top down thing because there’s too much disagreement [and there are] people who are passionate about smoking… [and] have very loud voices, probably louder than people who don’t want to be around smoke. Especially when you start this conversation like, ‘Hey, we’re going to take your cigarettes away’ those voices are loud.”