The question of whether Goucher, or any other private university, should take political stances is especially pressing in this era of deep political division across the nation. Some clear parameters need to be established prior to opening up the question. For the sake of this discussion, the question will only be analyzed from the perspective of private institutions like Goucher. Such distinction is important because we are not controlled by state governments, as is the University of Maryland, and Goucher has more freedom to enact policies because of its independence. This analysis also takes another liberty when defining what are “political stances”. Following the disgusting racist incident that occurred, Goucher, and other campus groups responded correctly by condemning racism and offering safe spaces. Condemning racism, antisemitism, sexism, and the like are not and should not be considered political. For the purposes of this article, political stances are defined to include topics such as: condemning foreign or US governmental actions, openly supporting social movements, discriminating against types of speakers that may be invited, and publicly endorsing political candidates. These examples stand on their own, and Goucher could adopt some but not all. For our purpose now, I maintain that Goucher-affiliated student groups should take political stances in certain circumstances, but the Goucher administration itself should remain apolitical.

This is not to say Goucher groups should pursue every political position. While Goucher administration should avoid all but the most pressing issues, the Goucher Student Government (GSG), on the contrary, should be more involved in voicing concerns of the student body. Besides adding a bit of flair to GSG, many students, myself included, feel voiceless in the face of global issues. For example, I personally strongly condemn the treatment of the Chinese Muslim community, the Uighurs, by the Chinese government, and the creation of forced reeducation camps, which culturally rob a community of over one thousand years of tradition. In spite of this, Goucher still operates a study abroad opportunity in mainland China. If GSG and other student goups were to publicly condemn the Chinese government, it will at least have the effect of educating Goucher students in helping focus their approach to choosing where they want to study abroad and financially support. How GSG would begin the process of determining if condemnation of a foreign government is appropriate should be determined by the student population in public forums and via a referendum.

Another example of stances that student organizations and GSG should take is on endorsing social movements. There may have been small acts in previous years, but if there are enough students calling for busing to a rally or a type of speaker to be invited, then such voices should be heard and supported. The student body would be receptive if we had a passionate energetic speaker come and discuss their work, even if that meant inviting a political advocate. Other options could be for GSG to host a debate on a national issue. A topic that is highly contentious would be well attended and provide a platform for students to develop current or new opinions, not to mention the fun and excitement it would cause if done respectfully.

Providing a voice for student political opinions must be encouraged by student organizations and GSG. There is too much happening around us and the amount of tension that would be relieved if it could be voiced under a common united platform. If GSG does not want to take such role, which would be a wasted opportunity to encourage involvement, a new organization needs to be created to represent student voices on condemning and supporting the movers and changers of the world we live in. The reason I maintain that Goucher administration should remain apolitical is because if we have a representative organization to address such concerns, it would be redundant and might even misinterpret the opinions of the student population. The students do not vote for the next college president and they should not be speaking on our behalf involving the addressed topics; our own elected and competitive student government should. 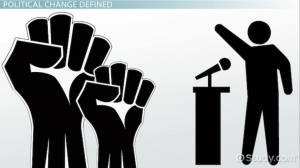 David Kahana is the Opinion Editor for the Quindecim. He is a History major with an Arabic Studies minor. Besides working for the Q he is also the Secretary-General of Model UN, the Hillel programming co chair and he plays on the frisbee team. He has a lot of opinions and encourages those who have an enlightening idea to contact the Q.